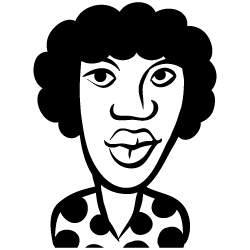 If your home uses a split or mini-split air conditioning system, choosing ceiling cassettes (instead of more conventional, wall-mounted indoor units) can have numerous benefits. Unfortunately, while ceiling cassettes are more efficient and less obtrusive than wall-mounted units, they are still vulnerable to some minor mechanical problems that can plague any indoor AC unit.

Water dripping from the vents of a ceiling cassette can be very annoying, and can also cause serious water damage to fixtures and furniture if the problem isn't tackled swiftly. Fortunately, most of the underlying issues that cause ceiling cassette leakage can be effectively repaired by a AC repair service. Read on to learn why your ceiling cassette is leaking and how to address the problem.

When water comes out of an AC ceiling cassette, the cassette isn't technically "leaking"—instead, the liquid water is produced by condensation which occurs inside the ceiling cassette while it is activated. Ordinarily, this excess moisture is funneled away by one or more drain lines, then it's either disposed of or recycled for other uses.

If one or more of the drain lines in your ceiling cassette has become clogged or damaged, liquid condensation may start backing up into the ceiling cassette. This is probably the most common cause of excess moisture problems in ceiling cassettes, but it is also possible that the cassette's drain pan (where the collected water is temporarily stored) is damaged and leaking water.

In either case, you should call in a professional AC repair service as soon as possible to have your leaking cassette(s) fully inspected. In many cases, the issue can be fixed quickly by flushing out any solid blockages in the drain line(s), but you may also need to have damaged lines and collection pans repaired or replaced.

Ceiling cassettes must be installed flush with the ground to function properly. If your ceiling cassette was not properly leveled during installation, this may prevent condensation from flowing towards the cassette's drain lines and water level sensors. This can cause water to accumulate inside the unit and eventually leak into your home.

Some ceiling cassette units rely on gravity to funnel excess water away, but larger, more powerful units are often fitted with a condensate pump to speed up condensation removal. If the pump in a powerful ceiling cassette unit fails, water can accumulate in the unit faster than it drains away, causing serious leaking problems that require immediate attention.

In many cases, a "faulty" condensate pump simply needs to be cleaned out to remove solid deposits that accumulate within. Older ceiling cassette units may need to have their pumps professionally replaced, but a replacement pump is generally much less expensive than an entirely new unit.